When asked about the origin of this organization, the usual answer goes something like this:

When the crisis of World War I burst upon Europe in 1914, Seventh-day Adventist Church leaders committed their members to support their respective fatherlands, weapons in hand. This decision was contrary to the church’s long-held and official decision that military service is contrary to Bible Christianity. Those who protested the change were unceremoniously dismissed from church membership with not so much as a hearing. You can read one account of that experience in the Seventh-day Adventist  Bible Commentary, vol. 10, p. 1332, Article, “SDA Reform Movement.” That article, while correct in some basic points, is deficient in many others. For one, it does not even hint that some who protested the change in doctrine were reported to the state by their own former brethren and that some of them thus turned over were eventually executed for their faithfulness to the principles of non-violence. 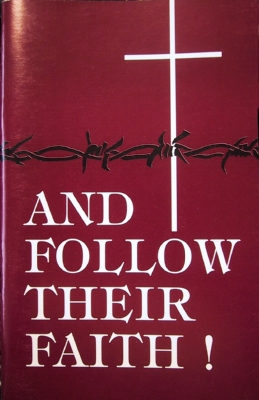 Available in the Store

After the war, those who survived discovered, usually providentially, that they were not alone. In more than a dozen countries throughout Europe, others of their brethren, unbeknownst to them, had made similar experiences. Discovering their common plight, they sought, individually and collectively, to be reunited with their former brethren, first on the local level, then on the regional level in 1920, and finally at the General Conference of representatives from all over the world gathered in San Francisco in 1922. But, at every level, they encountered little understanding or willingness to even discuss, much less return to, former beliefs and practices. With that, they realized that they had to either deny the leading of God in their experiences or establish themselves formally. They did the latter, not as an independent movement, but as the “International Missionary Society, Seventh-day Adventist Church, standing firm on the foundation of 1844.”

This summary account, while true to basic historical facts, tends to focus on men as the originators of the movement, while less attention is given to the amazing workings and leadings of God in the matter. Furthermore, all this had been prophesied.

Jesus had said through the apostle Paul that “all that will live godly in Christ Jesus shall suffer persecution.” 2 Timothy 3:12. It has always been like this. The blood of the martyrs has always watered the seeds of truth; and, by God’s doing, that seed was already in the ground. It was not sown in 1914; it had been abundantly sown into the Advent conscience in the 1888 messages of “Christ Our Righteousness” and “Justification by Faith.” These messages of heavenly origin are the everlasting gospel and are virtually as old as time and sin. All who have ever served God in Spirit and in truth have also set aside personal boasting in order to humbly worship at the feet of their Creator and Redeemer. 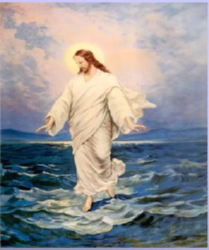 These faithful souls, from righteous Abel to the last of earth’s sealed ones, are Christ’s actual followers–His sheep. These are the ones whom the angels are commissioned to gather into the one fold of the Good Shepherd. They will be gathered into His barn as the precious grain of the harvest. But there is a sifting.

In a special sense, in a special way, and for a special reason, the message of Jesus and His righteousness was brought into sharp focus more than 120 years ago at that General Conference in Minneapolis. And what was the purpose of this message? To prepare a people for the outpouring of the Latter Rain. During the meetings, Elliot J. Waggoner and others presented Christ as the surety for salvation. The Institute and Conference lasted a total of 26 days. Twenty-six years later, those who had only limited knowledge of the verbal controversy still being waged over the message found themselves in a different kind of war–one waged with physical weapons. And they were severely tested. According to one oft-quoted source, “Brown versus Ballenger,” only 2% endured that test by trusting in and looking to God for their sufficiency. When church leaders caved in to nationalistic pressures in order to preserve church institutions, individuals were revealed who made Christ their support and Scripture their defense: They understood by simple faith that “we ought to obey God rather than men.” Acts 5:29. That time was only a harbinger of what is still to come.

In the time of the end, both scattering and gathering, desertion and deliverance will be seen among God’s professed followers. On which side an individual will stand will be determined by how he or she stands with Christ. Knowing Him, experiencing Him, revealing Him–vs. putting self first–is the issue. The final crisis will be the last of many. How can those who overcome by and through the faith of Jesus ever expect to join that great heavenly choir and sing the song of Moses and the Lamb before the throne of God? When all is said and done, that will be the experience of all who have washed their robes and made them white in the blood of the Lamb.

In Zechariah 3:4, Joshua the high priest is pictured with filthy garments and in guilty silence standing before the angel of the Lord. But praise God, he hears the words, “Take away the filthy garments from him,” and clothe him “with change of raiment.”

All who “shall be able to stand” in that great final test will first have the opportunity to practice in the lesser tests. “He that is faithful in that which is least is faithful also in much: and he that is unjust in the least is unjust also in much.” Luke 16:10. This Reform Movement, born in the crisis of 1914, was conceived in the message of Christ Our Righteousness in 1888. Therefore, the website name is: www.sda1888.org.

“The time is not far distant when the test will come to every soul. The mark of the beast will be urged upon us. Those who have step by step yielded to worldly demands and conformed to worldly customs will not find it a hard matter to yield to the powers that be, rather than subject themselves to derision, insult, threatened imprisonment, and death. The contest is between the commandments of God and the commandments of men. In this time the gold will be separated from the dross in the church.” –Testimonies for the Church, vol. 5, p. 81 (1882).

Knowing the history is important. But knowing the God of that history, seeing oneself in Christ when He died on the cross, and seeking the active presence of the Holy Spirit in one’s own being are all much more important. It is true that history repeats itself and that those who refuse to learn from history are destined to repeat it. But it is also true that God acts on divine principle, not according to a pre-established formula. Not intelligence, not knowledge, not cleverness, not status, not even connection with the right group will keep us from dishonoring Him; having Him in our hearts and minds will.

Now we are in the moment. Is Christ our righteousness? Do we accept the fact that the garments of our own righteousness are as filthy rags, as were those of the high priest Joshua? Are we trusting God fully and solely? Nothing else will do. We may see where others have gone amiss, but that will not keep us from doing exactly as they did. “Let this mind be in you, which was also in Christ Jesus.” Philippians 2:5. That will do.